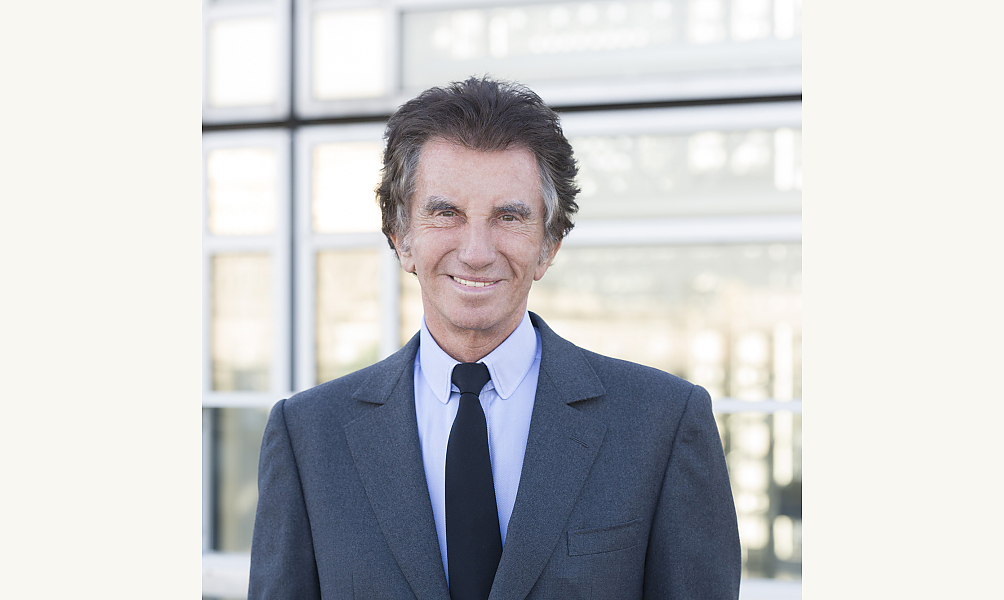 Born in 1939, Jack Lang graduated from the Paris Institute of Political Studies and has a PhD in Law. Professor of Public Law and Political Science, he was the Dean of Nancy’s Law Faculty and taught Public Law.

In 1963, he created and became the Director of the International University Theatre Festival in Nancy before taking over as Director of the Chaillot National Theatre in 1972.

His political career started in 1977 when he became Counselor of Paris.

Cultural delegate to the Socialist Party, campaign manager for the 1979 European elections, he became the spokesman for François Mitterrand’s presidential campaign who appointed him Minister of Culture after his election in 1981. Jack Lang held this office until 1986 and then again from 1988 to 1993. Between 1992 and 1993, he was both Minister of Culture and Minister of Education.

It was in this position that he famously created the annual Heritage Day or Street Music Festival, both of which are now international cultural celebrations.

Mayor of Blois from 1989 to 2000, he was a member of the National Assembly for over 20 years, first of Loir-et-Cher and later of Pas-de-Calais.

After teaching in Nancy he went on to become a Professor of Law at Paris X-Nanterre University and at the National Conservatory of Arts and Crafts.

In 1997, he became President of the Foreign Affairs Commission of the National Assembly. That same year he was made President of the Jury at the Berlin International Film Festival and took the head of Milan’s Piccolo Theatre.

He was a member of the National Board of the Socialist Party until 2007 and a former Special Advisor to the UN Secretary General Ban Ki-Moon on the topic of international piracy.

Jack Lang is also the author of many reference books and articles.