The Arab World Institute’s Museum was initially designed to be a museum of Arab-Muslim art and civilisation, and its itinerary consisted of three sections, the first of which focused on the emergence of Islam. The itinerary initially consisted of a presentation of Islamic art, covering the whole geographic scope of Islam—from Spain to India—, complemented by a more ethnographic approach to life in Arab societies in the Islamic world, and concluded with a presentation of contemporary Arab works. This layout dictated the compilation of the collections, as of 1982. The ethnographic and contemporary Arab art collections were yet to be created, whereas the Islamic art collection was primarily composed—when the Museum was inaugurated in November 1987—of works on loan from various French national collections. Acquisitions of Islamic works of art were nevertheless made when the Museum was created, in order to complement the loaned works and prepare for their return, which occurred in 1991.

The collections were enriched through acquisitions in the art market, donations—tribute must be paid to the collectors who have supported the Museum since its creation, in particular the late Jean Soustiel—, and bequests. Marcel Destombes’s bequest in 1986 provided the Museum with an extensive collection of instruments relating to the study and practice of astronomy. This collection now comprises 620 pieces and lots (works in ceramic, metal, glass, stone and stucco, ivory, shell, leather, and wood; furniture, woven and embroidered works, carpets, manuscripts and calligraphic sheets, miniatures and drawings, printed books, coins, jewellery, scientific instruments, mosaics, stained-glass windows, and composite objects). 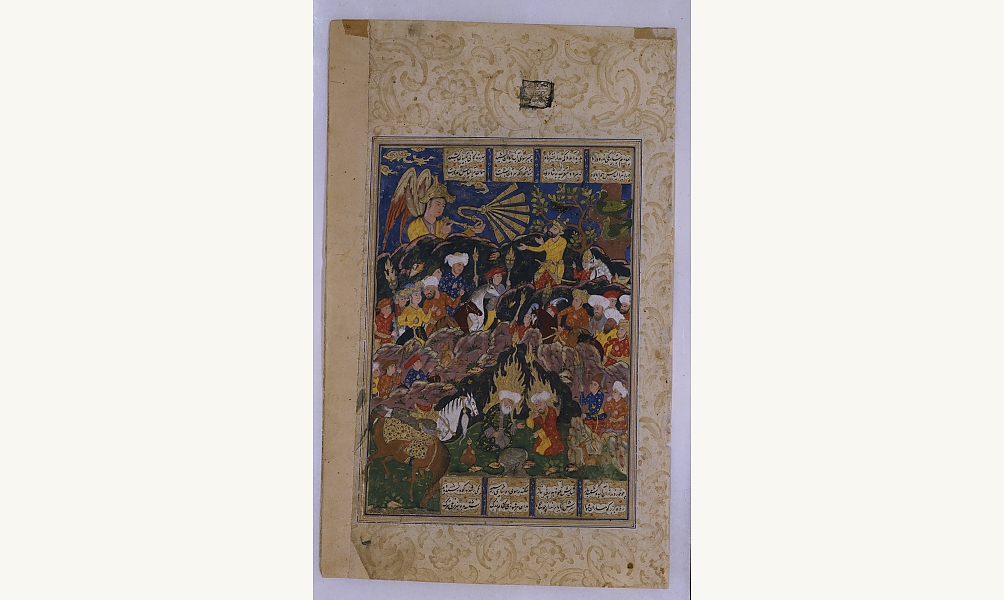 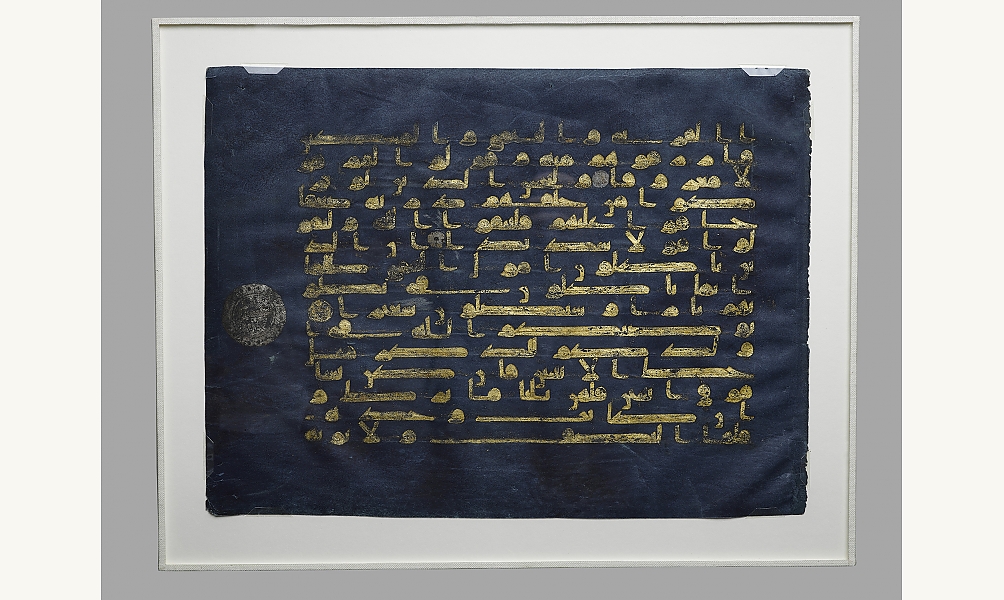 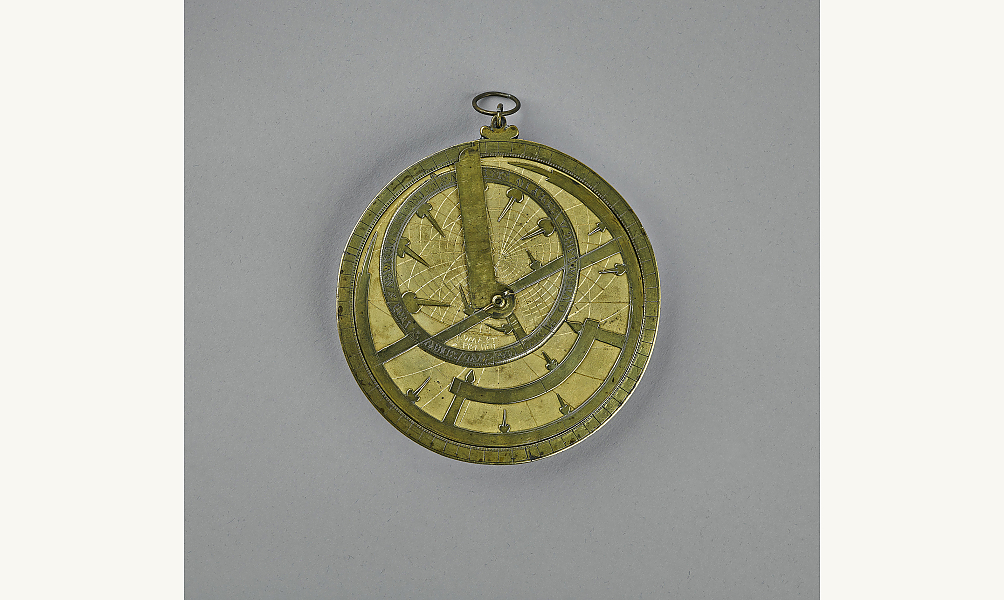 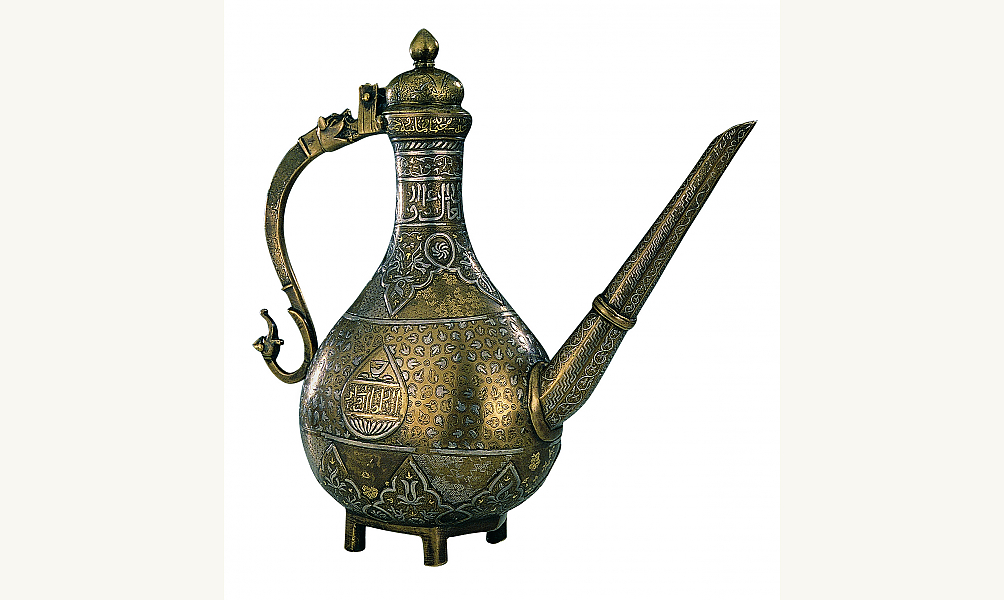 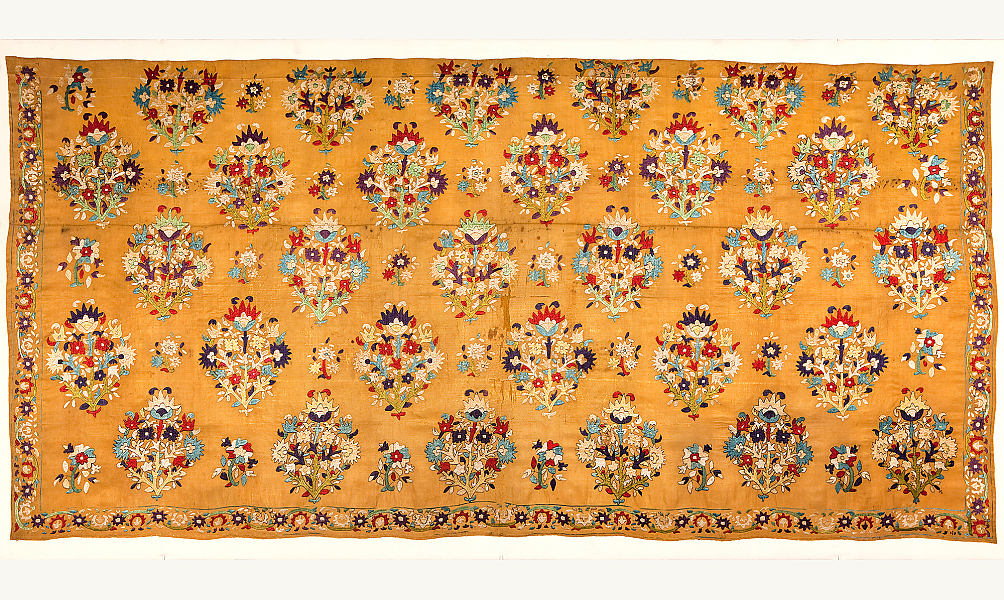 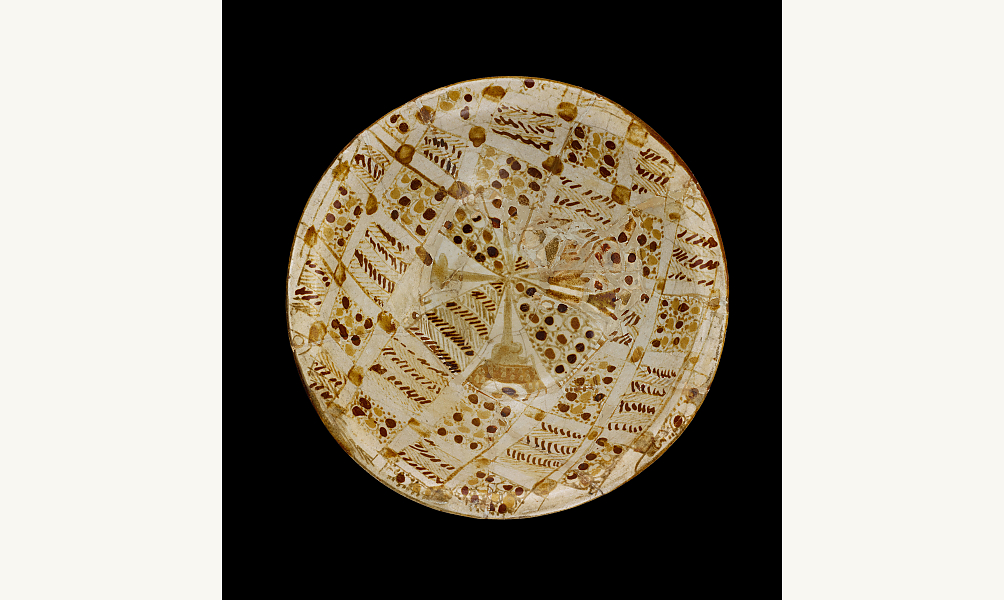 One of the Museum’s five floors was devoted to a presentation of society in the Arab world. This display was not completed in time for the Institute’s opening to the public, and, subsequently, the funds required to implement the project dried up. A collection was compiled between 1983 and 1988, and was subsequently complemented by a Saudi donation made after an exhibition held in 1998. The collection is essentially comprised of governmental donations, as market acquisitions only represent around 5% of the ensemble of 335 objects. It comprises everyday objects related to the preparation of food and the practice of hospitality, finery for men and women (weapons and jewellery), instruments from various trades, furniture from nomadic and sedentary societies, musical instruments, items of clothing, and puppets from a Turkish shadow theatre (Karagöz). 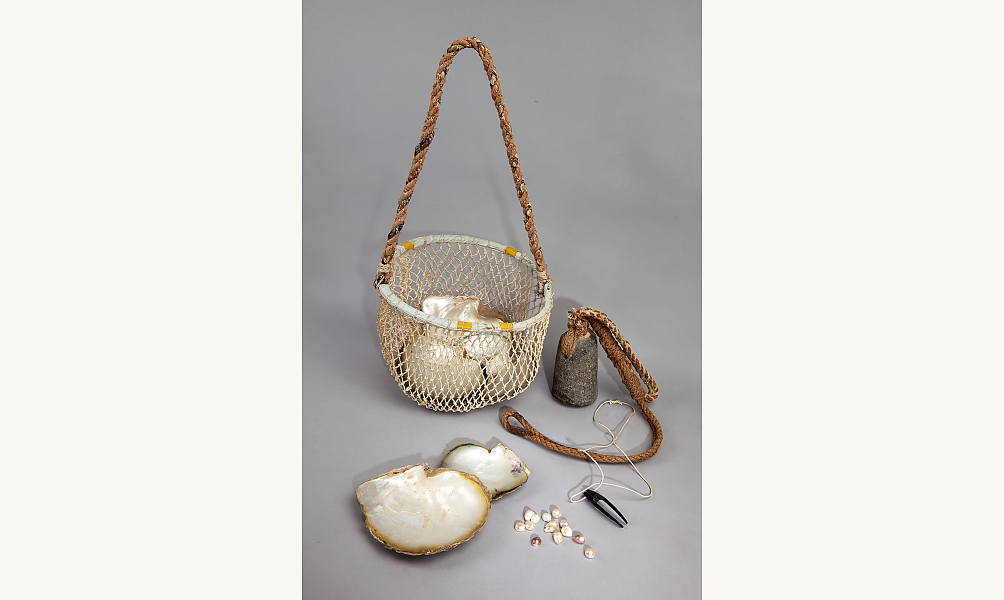 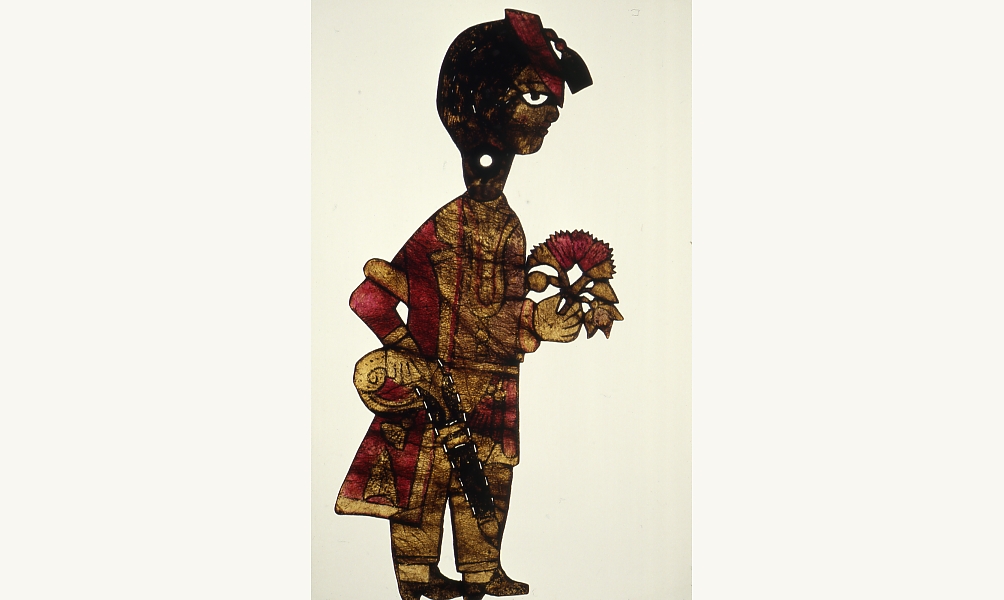 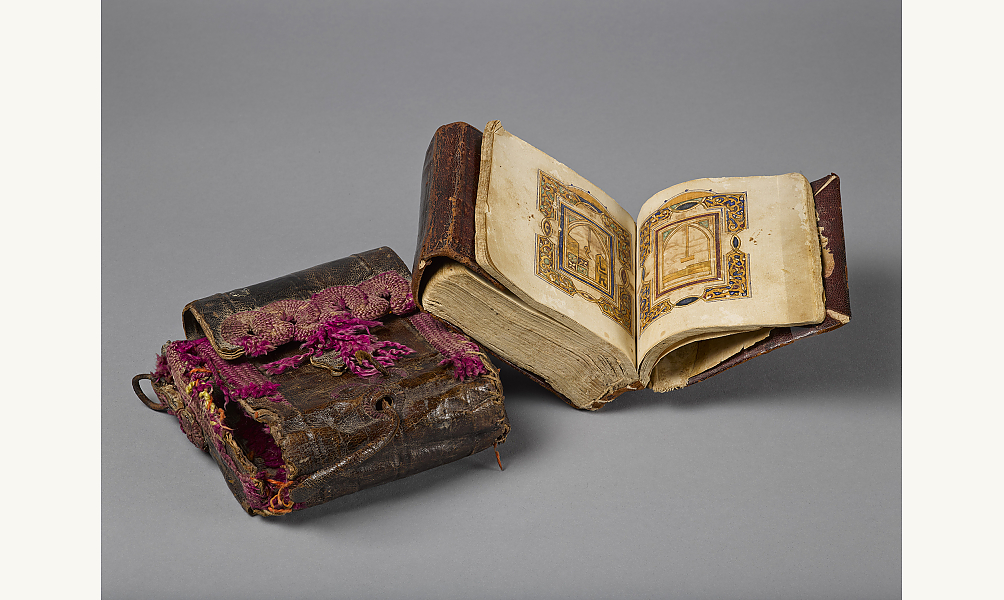 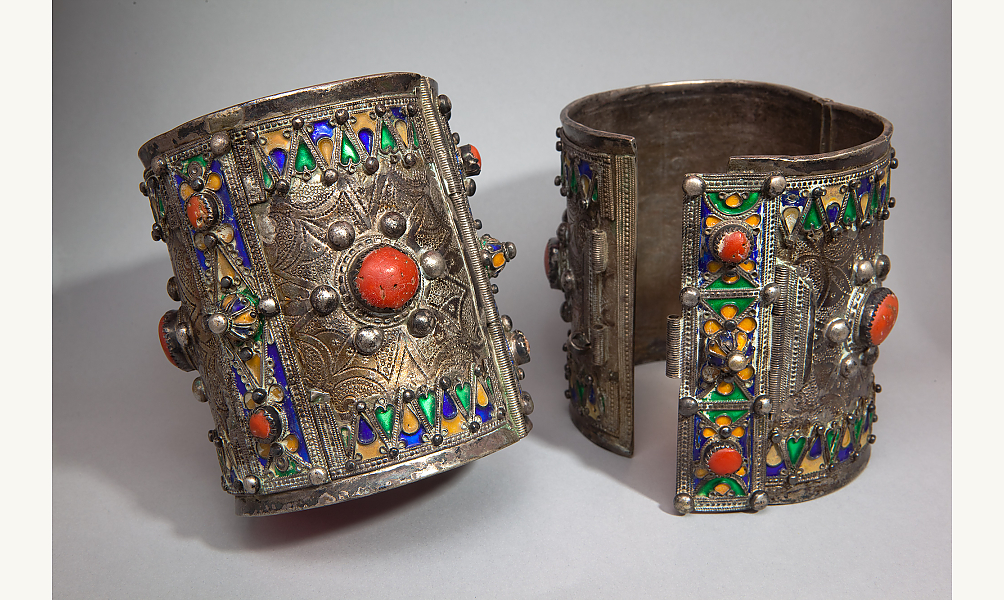 Compiling a collection of contemporary Arab art was one of the original features of the Institute’s Museum when it opened. This collection comprises works executed since the 1920s, with the aim of presenting works that are representative of the diverse trends in Arab art; it provides an overview of the first two generations of modern Muslim artists motivated by openness to the world, at the crossroads of the East and the West, and from Africa and Asia. The inventory lists 460 works, acquired either from the artists or their representatives. 115 of these were donated. The collection comprises paintings, sculptures, prints, photographs, art books, and design pieces. 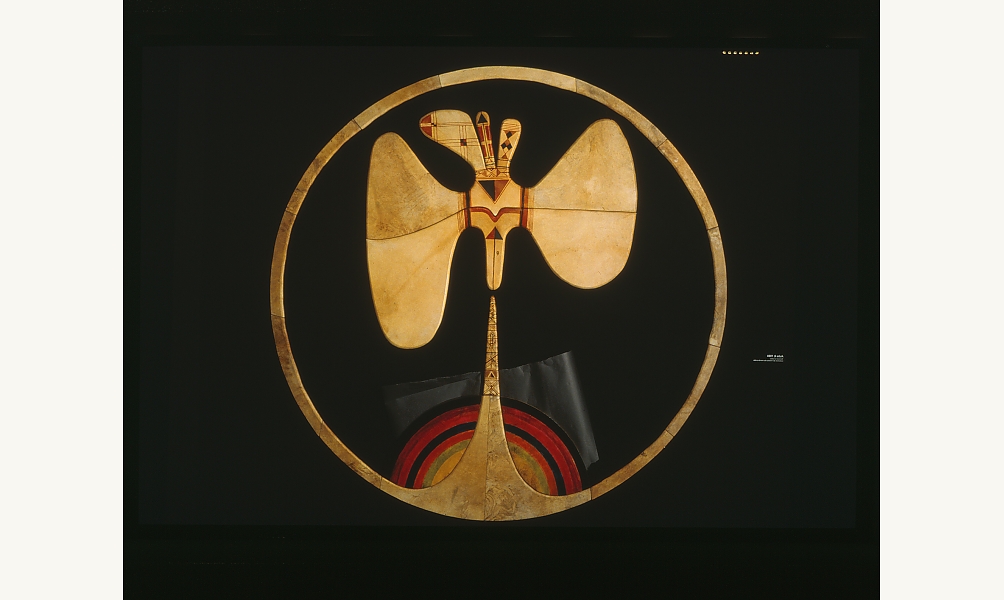 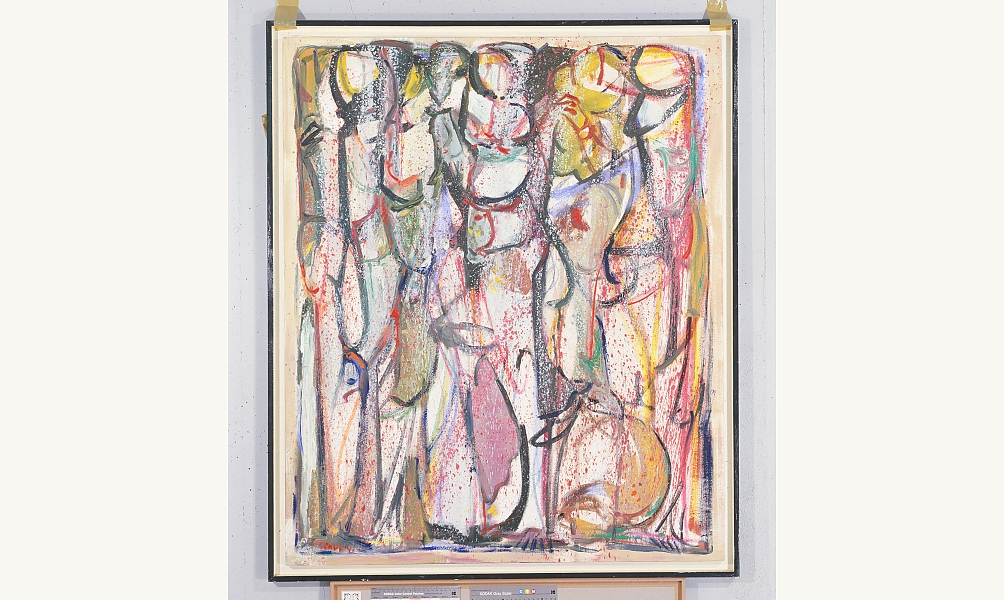 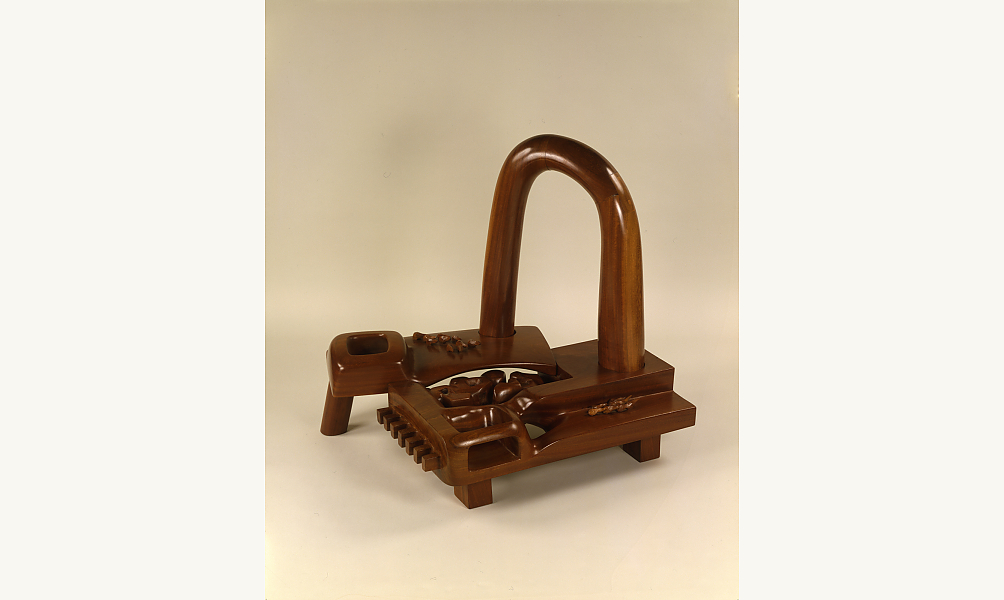 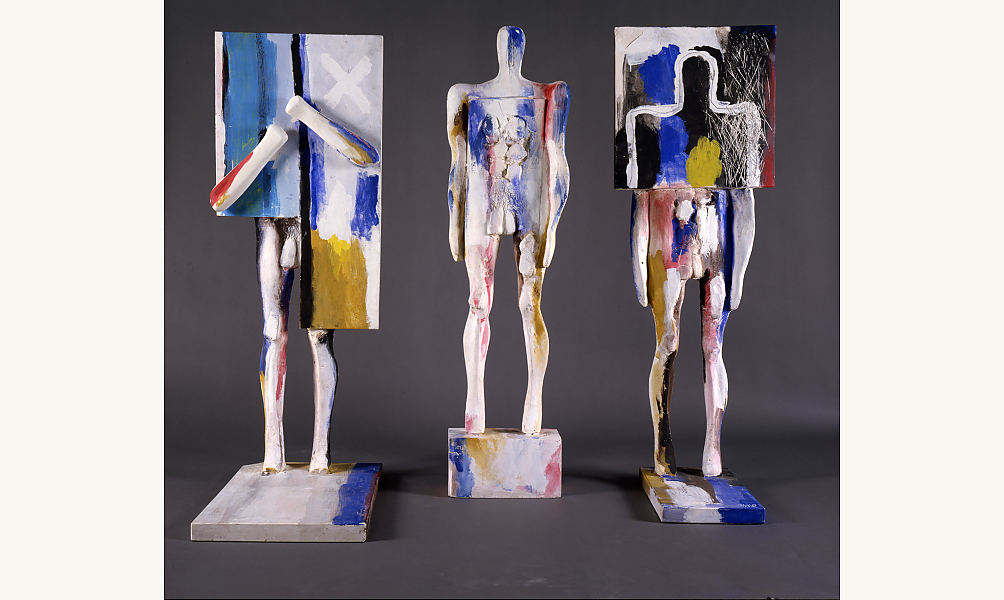 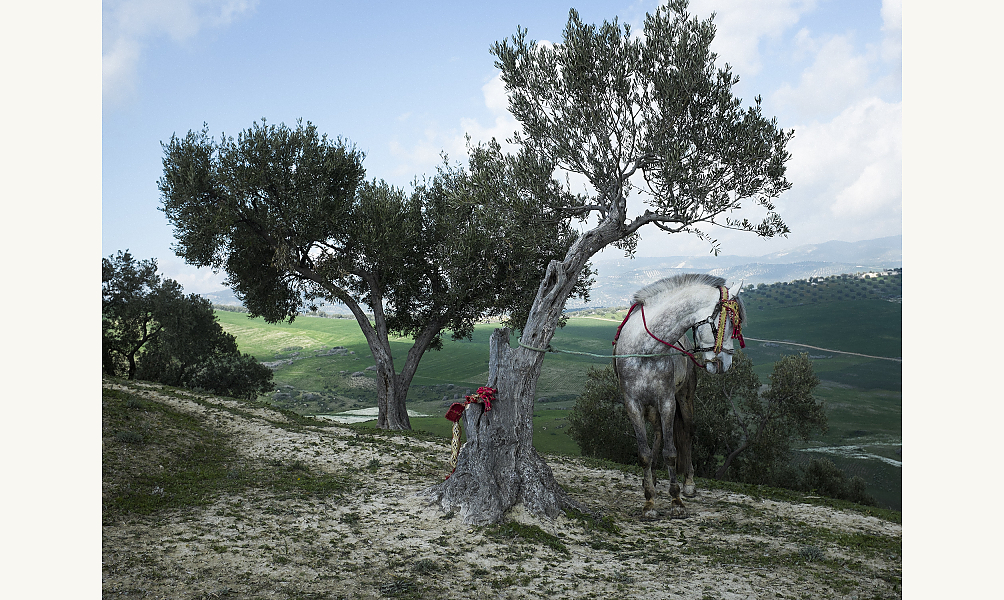 In 2008, a decision was taken to redesign the Museum and devote it exclusively to the Arab world, from its origins to the present day. It emerged that the Institute’s collections were not extensive enough to fill an entire itinerary that would now be thematic.

The Museum was granted the status of a ‘Musée de France’ in 2011, enabling it to receive works on permanent loan from national Museums. Hence, since the Museum was reopened to the public in February 2012, the presentation includes works from the collections of the Musée du Louvre (Departments of Oriental Antiquities, Greek, Etruscan, and Roman Antiquities, and Egyptian Antiquities) and the Musée du Quai Branly (the North African and Middle-Eastern Heritage Unit). There are also objects from the Musée des Arts Décoratifs in Paris and the Musée Bible et Terre Sainte.

Museums in the twenty-two Arab League countries that founded the Institute have also been asked to loan works. Hence, throughout the Museum’s itinerary, visitors can discover pieces which have often never been seen before, from the Riyadh National Museum (Saudi Arabia), the Manama National Museum (Bahrain), and the Museums of Damascus, Aleppo, Latakia, and Palmyra—the pieces came to Paris before the events in Syria made any transfer of works impossible. Also displayed are works from Tunisia, on loan from the Museums of Carthage, Kairouan, Le Bardo, and the Museum of Popular Arts and Traditions in Tunis. 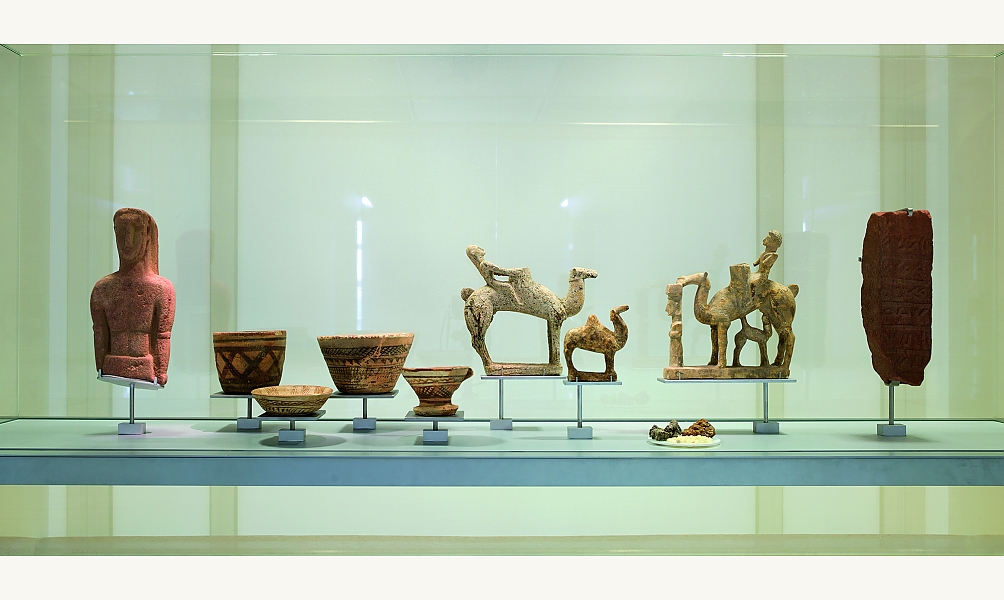 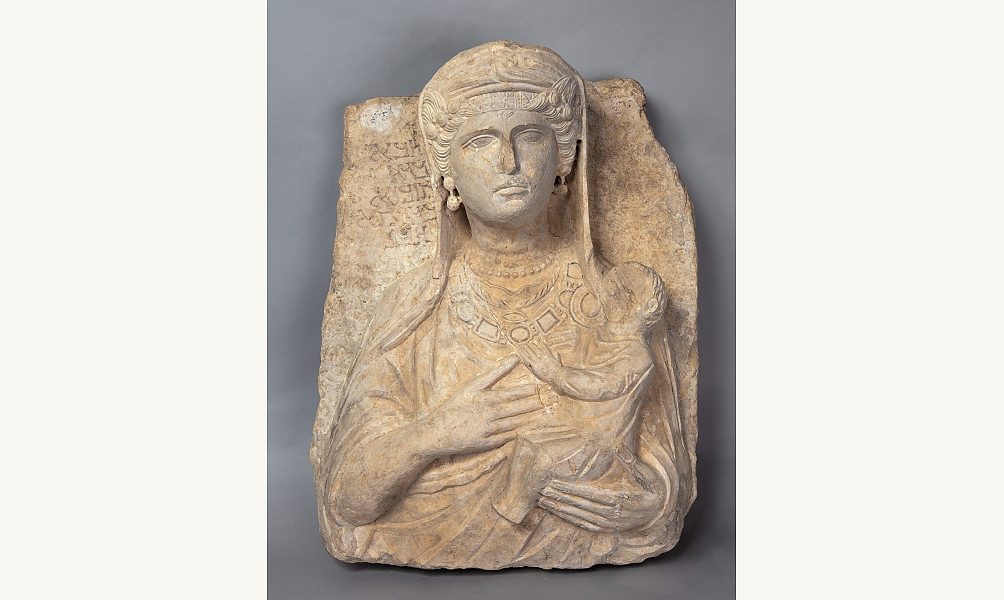 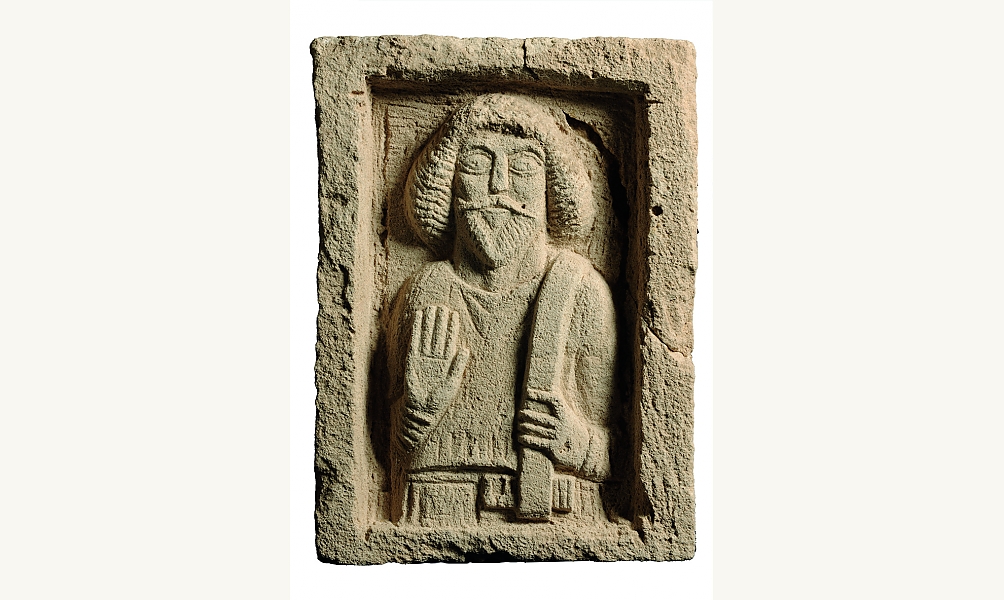 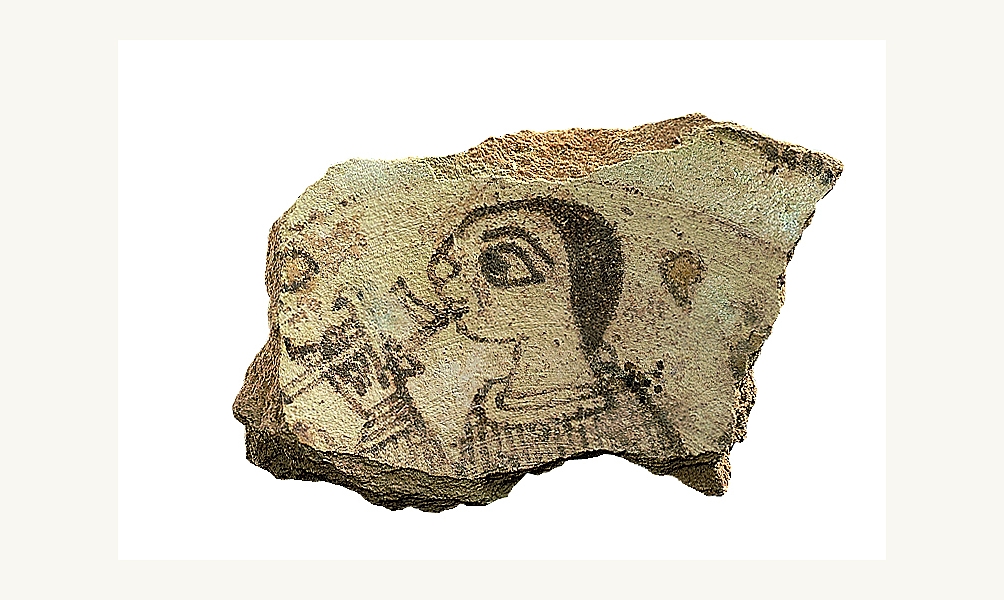 The Museum’s showcases also contain works belonging to individuals—testimonies of a spiritual life (collections of Messrs Antaki, El-Gharib, and Skaff) or a material culture (collections of Mr and Mrs Bouvier and Mrs David)—, which are rarely associated in public collections. Masterpieces from the Furusiyya Art Foundation have for many years enriched the Museum’s itinerary. Lastly, the Dubroff family has generously loaned the Museum a suite of exceptional alabaster busts that evoke Happy Arabia. 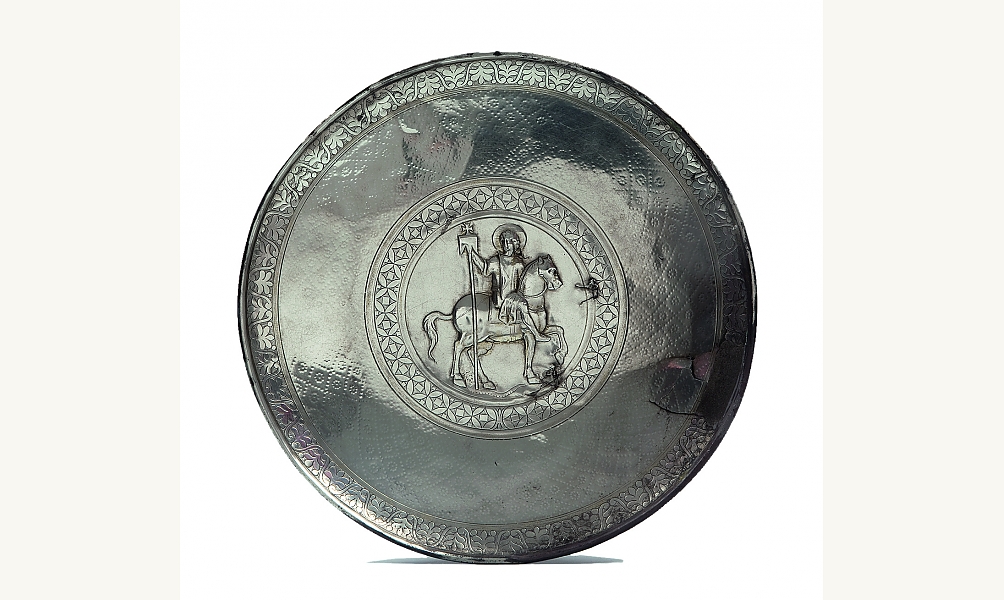 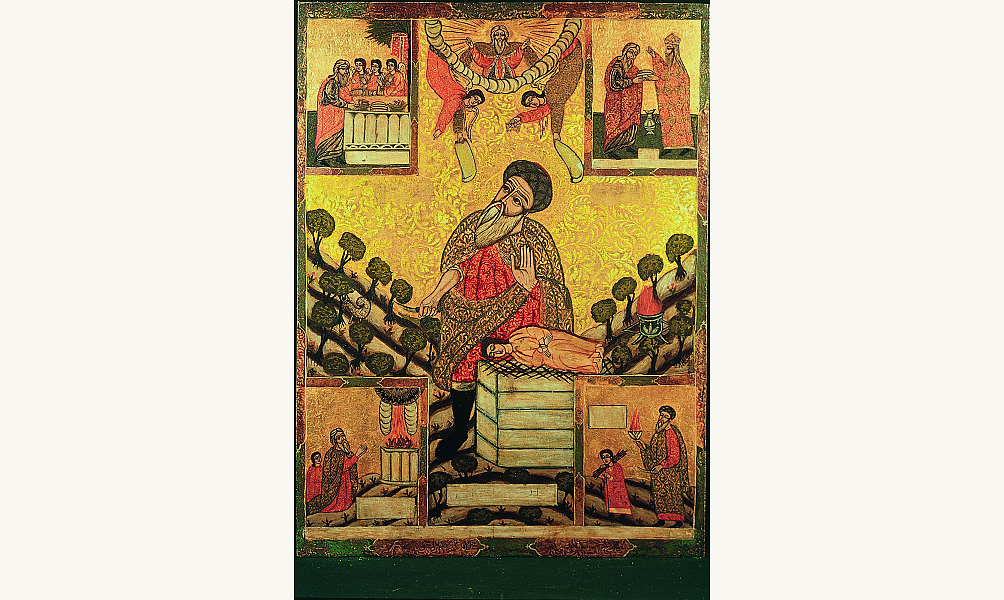 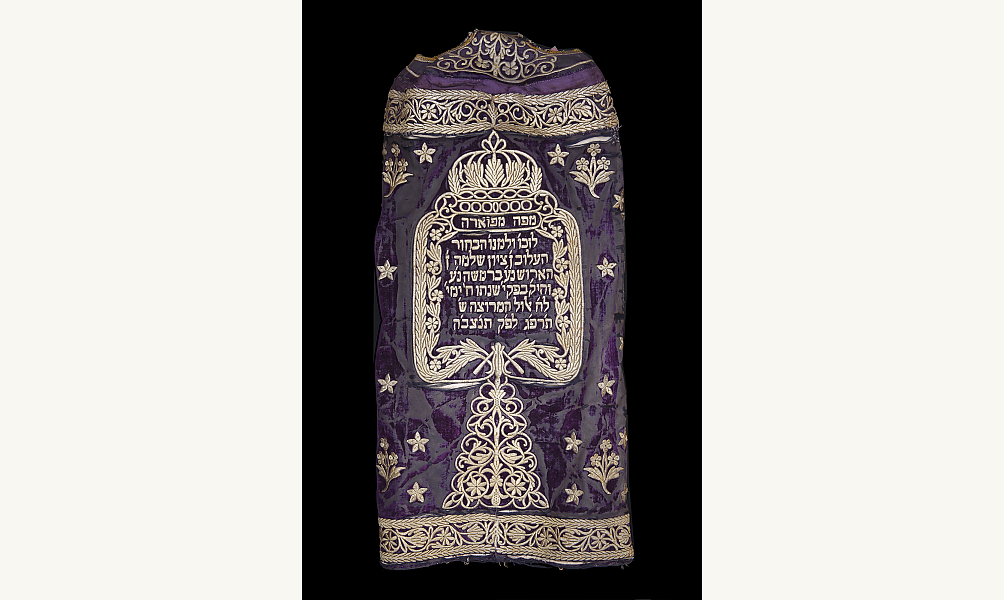 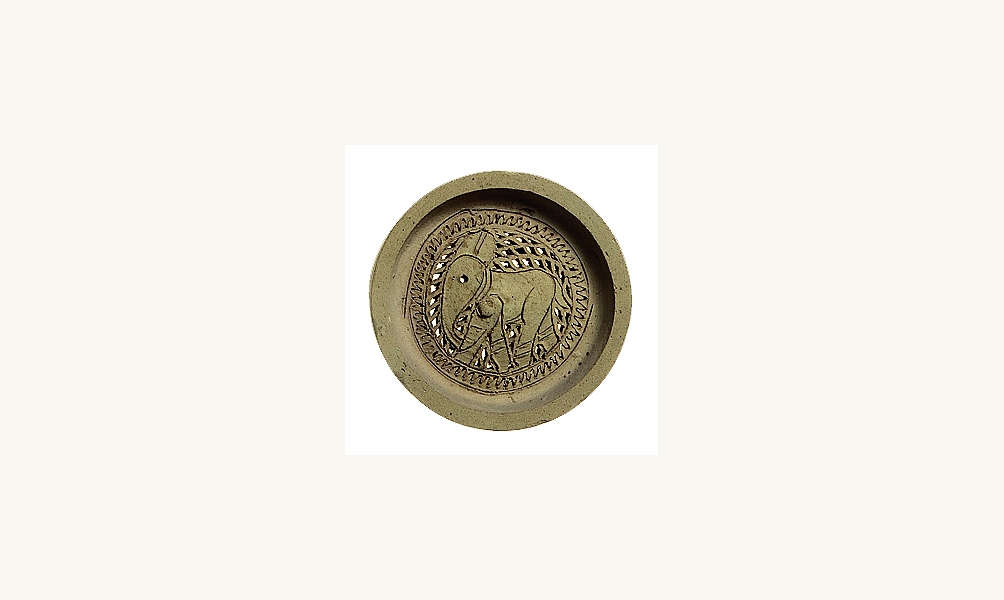 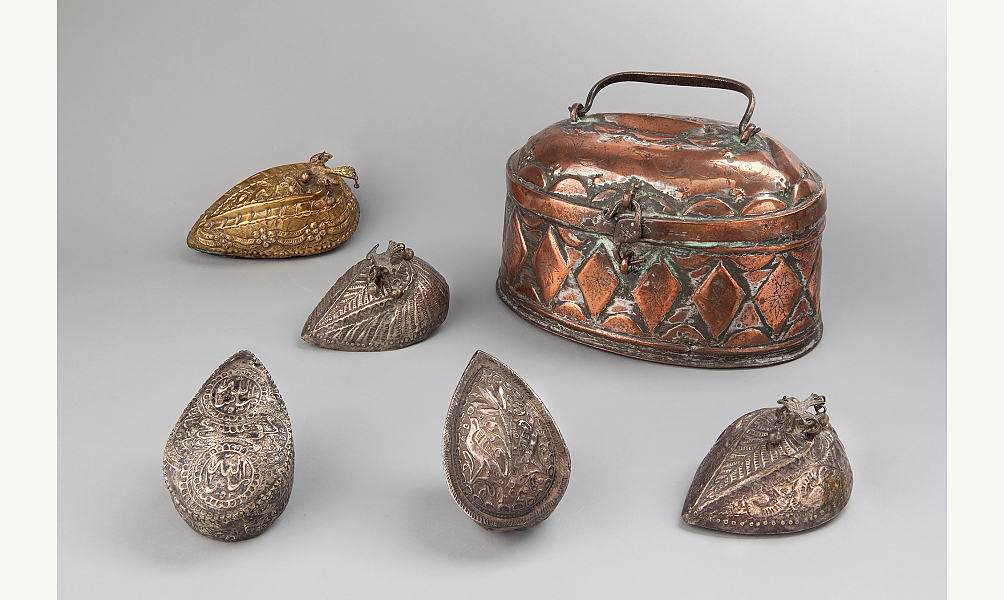 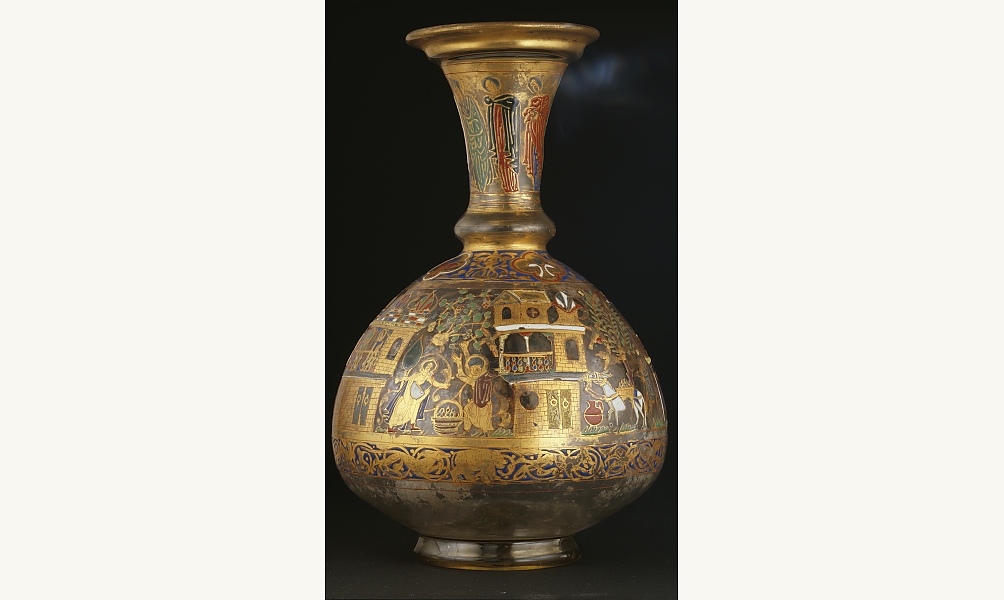 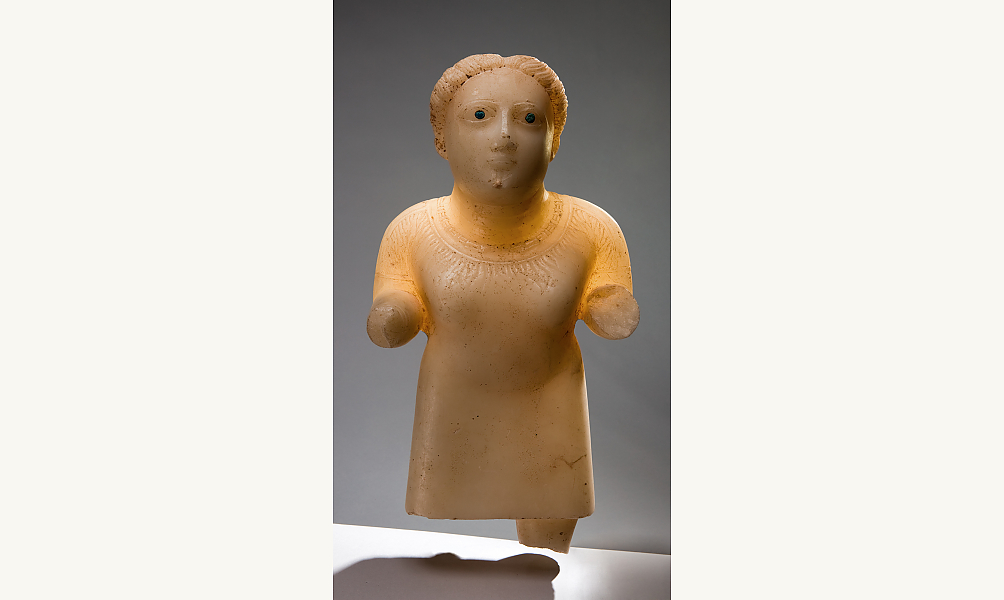 This is a living collection that is constantly being enriched. The acquisitions now focus on several fields, from antique archaeology to contemporary art. 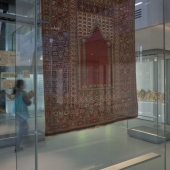