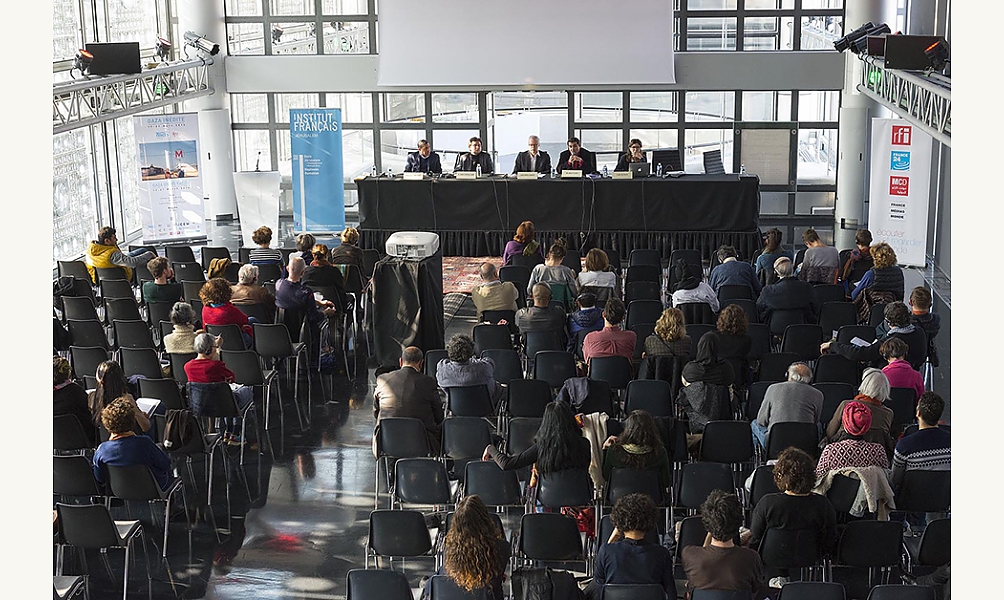 In line with its mission to promote dialogue between the East and West, the Arab World Institute is organising many seminars in the Salle du Haut Conseil (High Council Chamber) on the ninth floor. A veritable cultural bridge between France and the Arab world, the Institute has, since its creation, been a key partner of universities and international cultural institutions, helping to organise events at the cutting edge of research in the social sciences.

Researchers and prominent figures regularly focus on civilisations and endeavour to decipher the history as well as the sciences, art, and philosophy of the Arab countries, highlighting the Arab world’s contribution to contemporary culture.

The diversity of the international seminars organised by the Institute attests to the extent of the research and the vital role played by the AWI in the French intellectual world.

Open to the public within the limit of available places, the Arab World Institute’s seminars open up avenues of discovery and reflection, both for specialists and the general public.