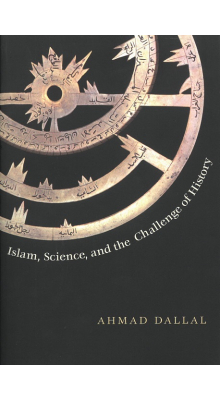 In this wide-ranging and masterful work, Ahmad Dallal examines the significance of scientific knowledge and situates the culture of science in relation to other cultural forces in Muslim societies. He traces the ways in which the realms of scientific knowledge and religious authority were delineated historically. The realization of a discrepancy between tradition and science often led to demolition and rebuilding and, most important, to questioning whether scientific knowledge should take precedence over religious authority in a matter where their realms clearly overlap. Dallal frames his inquiry around three concerns: What cultural forces provided the conditions for debate over the primacy of religion or science? How did these debates emerge? And how were they sustained? His primary objectives are to study science in Muslim societies within its larger cultural context and to trace the epistemological distinctions between science and philosophy, on the one hand, and science and religion, on the other. He looks at religious and scientific texts and situates them in the contexts of religion, philosophy, and science. Finally, Dallal describes the relationship negotiated in the classical (medieval) period between the religious, scientific, and philosophical systems of knowledge that is central to the Islamic scientific tradition and shows how this relationship has changed radically in modern times.©Yale University 2010

The Iranian Metaphysicals:Explorations in Science, Islam and the Uncanny